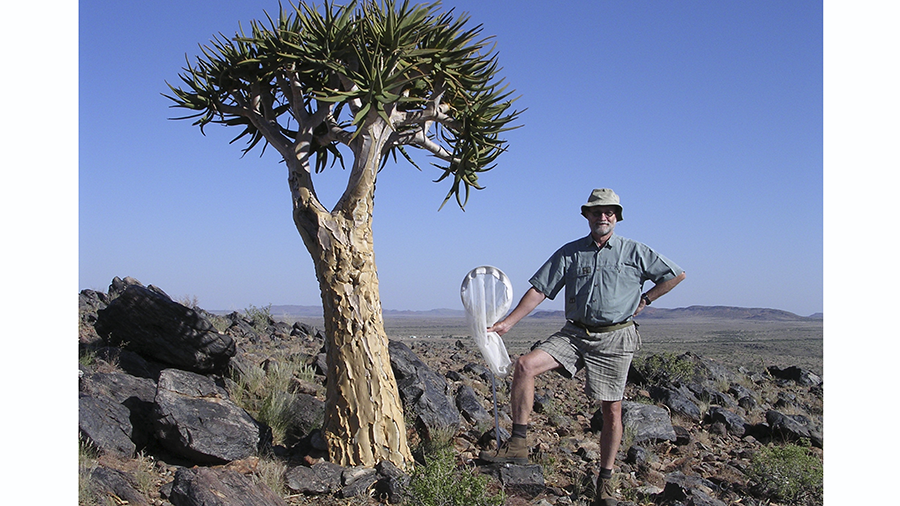 African Invertebrates invitations any submissions linked to Jason, new species descriptions, revisions of taxa he has labored on, or any work based mostly on specimens he collected.

From 1976 to 1994, Jason Londt was Assistant Director on the Natal Museum (now KwaZulu-Natal Museum) in South Africa, writer of the African Invertebrates journal. Then, he turned Director earlier than retiring in 2003.

Throughout his profession on the Museum and properly after that, Jason described greater than 570 species and 46 genera of bugs from the Afrotropics. Whereas nearly all of his work was on the robber fly household (Asilidae), Jason additionally labored on hangingflies (Bittacidae) and ticks. He was additionally a prolific collector of many different bugs, nonetheless stored within the assortment of the KwaZulu-Natal Museum.

Jason’s fieldwork was extensively concentrating on the various habitats in South Africa: from the subtropical coast of KwaZulu-Natal, the grasslands within the Midlands round Pietermaritzburg – the place the museum relies – and additional north within the Highveld, to the upper elevations of the Drakensberg Mountains bordering Lesotho, and from the Succulent and Nama Karoo, to the various Fynbos habitats alongside the south-western coast of South Africa. Extra main fieldwork passed off in Namibia, Kenya, Malawi, and to a lesser extent: Eswatini (Swaziland) and Cote d’Ivoire. Along with utilising the collected materials for taxonomic work, Jason additionally used his discipline journeys to publish behavioural observations and prey number of Asilidae species.

To rejoice Jason’s profession achievements and his eightieth birthday, African Invertebrates can be publishing a Festschrift in his honour in April 2023. We invite any submissions linked to Jason, new species descriptions, revisions of taxa he has labored on, or any work based mostly on specimens collected by Jason.